As I sit down to write my first blog entry, myriad thoughts and suggestions lead to one takeaway. The first piece should be about something that is consumed commonly and having several facts and misconceptions floating around it…..Well, why not then pen down a few proven facts and clear the myths on coffee and caffeine?

Are coffee and caffeine different words meaning the same thing?

Coffee and caffeine are terms used interchangeably and that is misleading. Caffeine, a central nervous system stimulant is arguably the most frequently ingested pharmacologically active substance in the world.

Coffee is a drink with very complex chemical composition including several components from the coffee bean apart from caffeine.

What are the effects of caffeine in our body?

Caffeine has a slight, transient hypertensive effect. The risk of hypertension associated with caffeine might vary according to the genetic make-up of the person. It also has diuretic and antioxidant properties. Pregnant women consuming high levels of caffeine are susceptible to miscarriages and low birth weight babies. Very high doses of caffeine cause increase in heart rate, insomnia, restlessness and behavioural problems like anxiety, depression and nervousness.Some research has shown that caffeine improves the reaction time, alertness and concentration through its action on the adenosine receptors of the brain.

How much caffeine does my cup of coffee contain?

What are caffeinated energy drinks?

Caffeinated energy drinks are beverages having caffeine and other ingredients as mental and physical stimulants. They may contain herbal extracts, amino acids, sugars, sweeteners and many also are carbonated. The caffeine content as per label can vary a lot from around 45 mg in a Coca cola 500 ml bottle to 80 mg in a 250 ml RedBull can. Therefore it is wise to browse through the label before intake though sometimes the labelling can be misleading too.

Are there any safety standards for caffeinated energy drinks?

The European Food Safety Authority mandates that energy drinks with over 150 mg per litre caffeine content should be labelled as ones with “high caffeine content” and the exact amount should be indicated; Australia has banned energy drinks with over 320 mg per litre caffeine level and proposes to classify them as pharma products. Countries like Denmark, Uruguay and Turkey have banned energy drinks altogether while Sweden has banned its sale among children .The health implications of caffeine have also been enquired into by several countries. In India, there are no standards for energy drinks. The standards of carbonated water specify the maximum limits of caffeine of 200 mg per litre which subsequently on recommendations by Central Committee on Food Standards were reduced to maximum level of 145 mg per litre. It is to be noticed that Redbull has caffeine content more than double of this limit.

Is concentration the only difference between the caffeine taken as a coffee or as caffeinated energy drink?

Recent studies suggest that some components in coffee improve glucose metabolism and reduce inflammation and endothelial dysfunction. Endothelial cells line the inner wall of blood vessels and the normal endothelial function is like the Teflon coating on a frying pan not allowing any arterial adhesion, damage and constriction. By improving the endothelial function, coffee joins the group of heart protecting factors like exercise, smoking cessation, antioxidants (eg., Vitamin C, flavonoids in dark chocolate), cholesterol lowering statins, omega 3 fatty acids and angiotensin receptor blockers. Several studies prove that coffee has a lesser effect on increasing the blood pressure when compared to caffeine and the reason is attributed to the mitigating effects of the other components in coffee as the cardiovascular effects of caffeine are offset by the beneficial effects of the other components of coffee. As per the 2015 report of DGAC (Dietary guidelines advisory committee), coffee drinking is associated with decreased risk of developing Type 2 Diabetes and moderate evidence to suggest that it reduces incidence of Parkinson’s disease.

How about caffeine taken to improve performance before a workout?

For those who consume caffeine as pills immediately before or during exercise, there could be some harmful effects and hence has to be taken under expert advice. A coffee shot may be a better alternative.

So, how much coffee is good?

For healthy individuals aged 22 to 59 years who consume 2 to 3 cups of filter coffee per day (containing totally upto 250 mg caffeine), tests indicate an improved arterial health at rest.If you take instant coffee, look for a brand with coffee bean as the main ingredient rather than other sources of caffeine in order to reap the benefits of coffee.

Can hypertensive patients have coffee/ caffeine?

Hypertensive patients with uncontrolled BP should avoid coffee or other caffeinated substances. Decaffeinated coffee is a good alternative for them. However there is no evidence to justify avoidance of habitual coffee consumption in well-controlled hypertensive patients whose medical recommendations should include other lifestyle modifications like weight control, physical activity etc.

According to a research paper published in the journal “Osteoporosis International” in 2006, only a caffeine intake of more than 330 mg per day (4 cups/ 600 ml of coffee) may be associated with a modest increase in the risk of osteoporotic fractures, especially in women with a low intake of calcium.

So coffee lovers, do enjoy your cuppa …. having said that, do mind the fat in your milk and number of teaspoons of sugar you add as it may cut the benefits of the coffee bean! Caffeinated energy drinks are not the good alternatives for coffee; the caffeine levels are high in some and could take your health for a downhill journey. 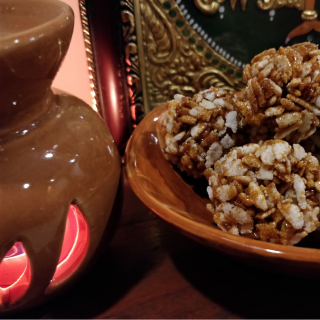 I am an ACSM certified Nutritional Counselor with a post-graduation in pharmaceutical sciences.